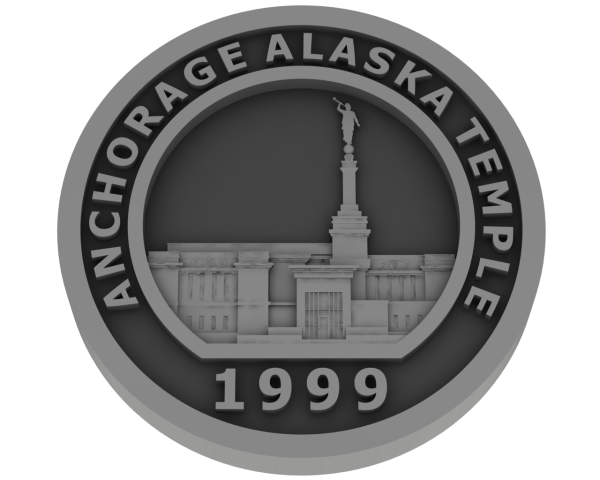 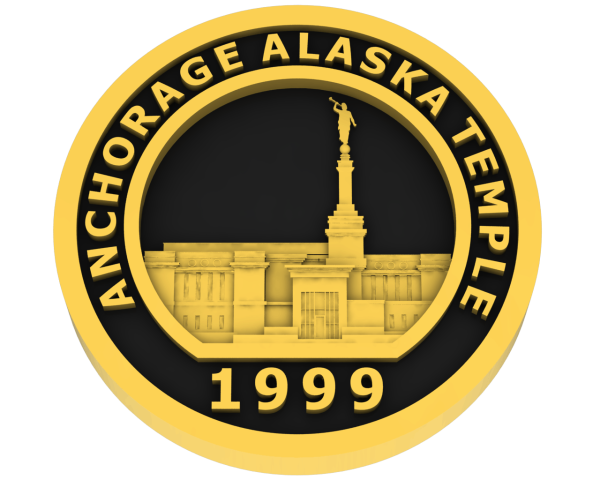 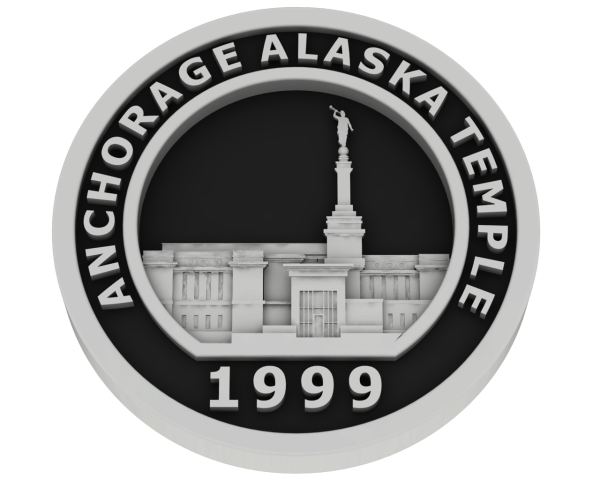 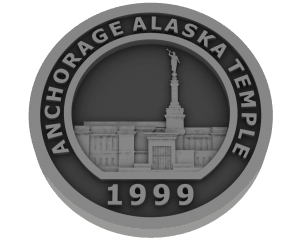 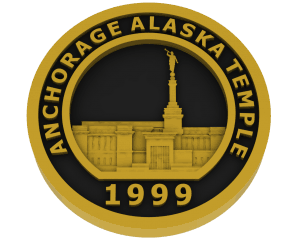 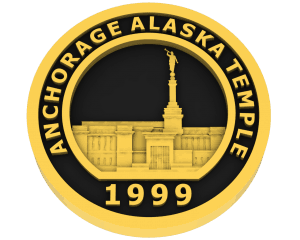 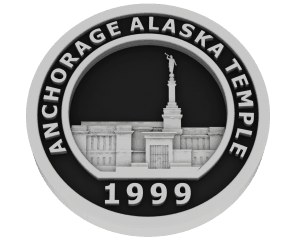 The Saints in Alaska prayed and watched for the day their state would be blessed with a temple. Finally, a new style of temple was conceived, smaller temples that could be built more quickly and with less expense. It was determined the first would be built in Alaska. However, architect Doug Green suggested the first be constructed closer to Salt Lake City where it would be easier to monitor any problems that might arise. President Gordon B. Hinckley agreed and the prototype was built in Monticello, Utah. Over three hundred changes were made due to valuable lessons learned in Monticello.* As Brother Green moved forward with the Anchorage temple he found himself praying for assistance in discovering ways to make the temple uniquely Alaskan. One day he noticed that the Salt Lake Temple had the Big Dipper pointing to the North Star on it. This symbol is found on the Alaskan flag and now graces the west side of the Alaska temple, too.* These are fitting symbols for a temple. As Hugh Nibley explained, the temple is where we take our “bearings on the universe and in the eternities, both in time and space.”** The stained-glass used in the temple is reminiscent of water. Patterns of evergreens found within reflect the forests outside. The state flower, the forget-me-not, adorns the walls and carpeting of the sealing room.*** Great efforts were put forth to be considerate of local residents. Builders preserved as much of the forest as possible so the surrounding land could continue to be a haven for family recreational use. The roof and spire were shortened from original plans so they would not cast an overwhelming shadow. The temple is lit only until midnight preventing the lights from disturbing neighbors. Elder F. Melvin Hammond of the Seventy shared the feelings he felt during the dedication of the temple on January 9, 1999. “I have never felt a greater spirit of love and warmth and the Holy Ghost pouring out on the people than I did in those dedicatory sessions. The people were so excited and so touched… They were so happy to have a temple.”**** This temple reminds us to love one another and be considerate at all times.