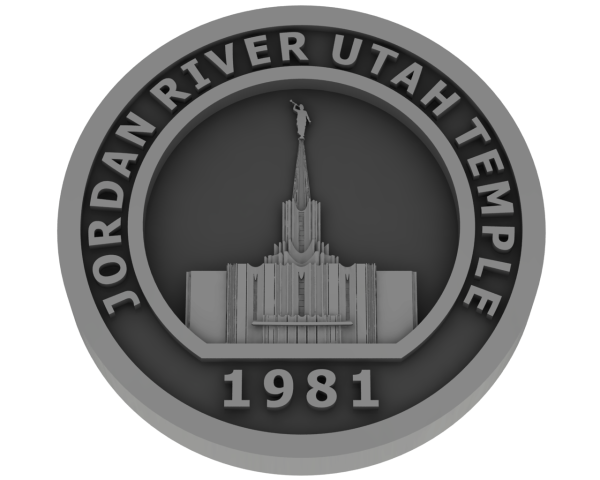 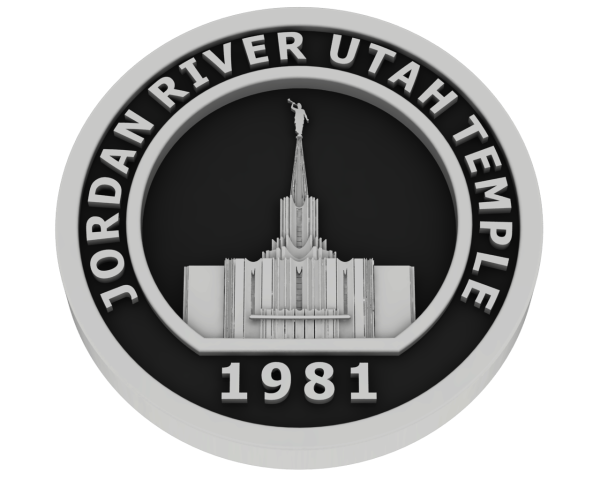 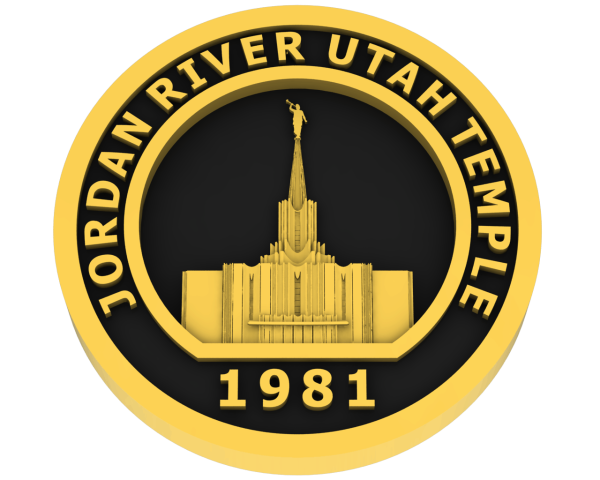 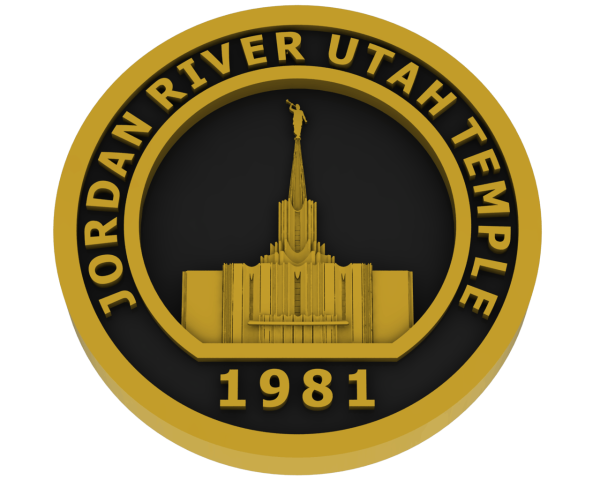 Even though two additional temples had been built in the Wasatch Front, they were still overcrowded, thus President Spencer W. Kimball determined the need for another. The Jordan River temple enjoys an especially unique location. When the Saints arrived in the area, they could not help but see the similarities between the valley and the Holy Land and named the Jordan River appropriately. In the Holy Land a river named Jordan connects the freshwater Sea of Galilee with the salty Dead Sea. Here, the Jordan River connects Utah Lake with the Great Salt Lake flowing past the temple on its way. One of a handful of temples topped by a statue of Angel Moroni holding the gold plates in one hand and sounding his trumpet with the other, the temple faces east, but all four sides are designed to appear the same. This is the first temple that was funded completely by contributions from members living in the area. After a year-long fundraising campaign, accompanied by much sacrifice, the Saints had gathered 110 percent of their original goal! Traditionally, ground for a temple is broken with a shovel, but President Kimball wanted to make a statement with this temple. In keeping with his counsel to “lengthen our stride” he broke ground with a Caterpillar tractor! With the power of his message, and this image in mind, the Saints have happily attended this temple after its dedication on November 16, 1981, making it one of the busiest temples in the Church. In a fireside in December 1981, President Gordon B. Hinckley spoke to the temple workers and their families, commending them for their sacrifices and efforts, acknowledging the long  hours of travel and work. He concluded with, “When you go home so weary that you can scarcely put one foot ahead of the other, you may say to yourselves, ‘This is the sweetest weariness I have ever known’.”* This temple encourages us to set goals that will enable us to reach even higher and prove ourselves worthy of the Kingdom of God.