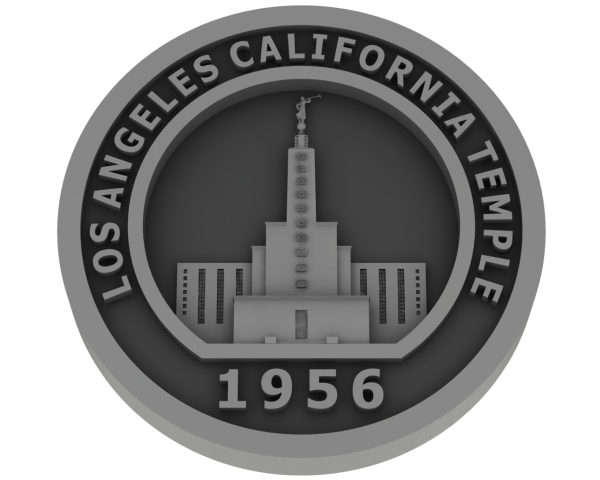 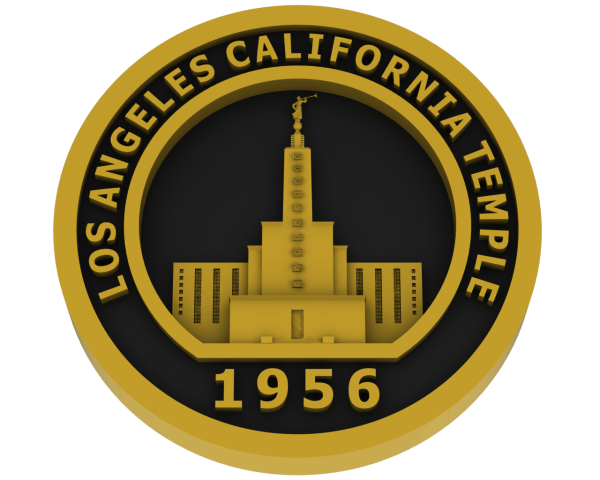 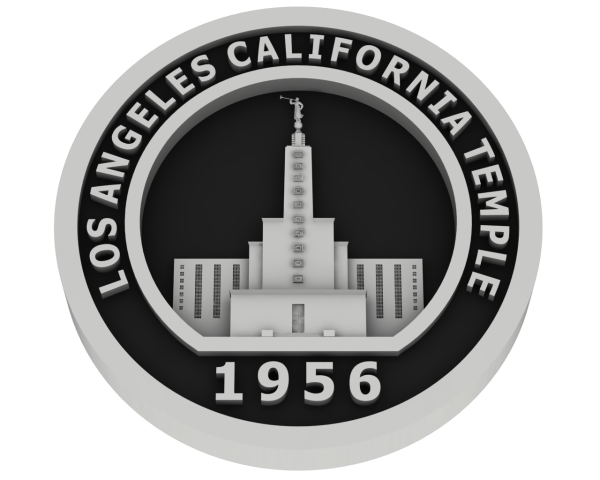 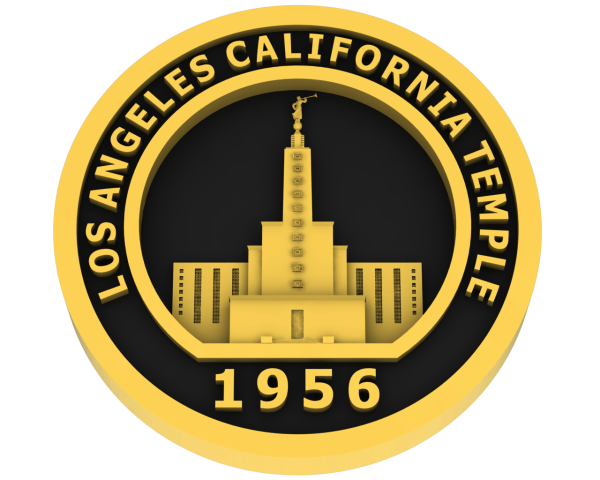 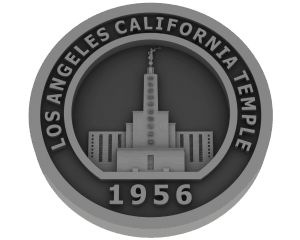 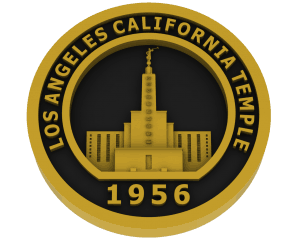 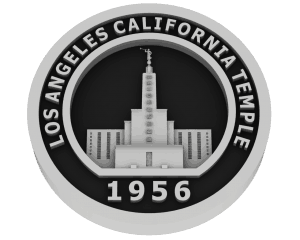 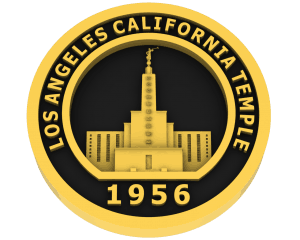 The Saints in California craved a temple, their hopes were raised in 1847 when they received a letter from President Brigham Young and Elder Willard Richards saying, “…the shores of the Pacific may yet be overlooked from the temple of the Lord.”* Ninety years later, in 1937, President Heber J. Grant announced land had been purchased for a temple. Due to World War II, groundbreaking did not occur until September 22, 1951. On March 11, 1956, the Los Angeles temple, the largest temple at that time, was dedicated. It is built on the highest point between Los Angeles and the Pacific Ocean where it can be seen from ships twenty-five miles out to sea. This is one of only a handful of temples that is topped with an angel Moroni statue holding the gold plates in his left hand and an eight-foot trumpet to his lips with his right hand. In recognition of the blessings of the temple which enable “prison doors” to “be opened and deliverance proclaimed to those who will accept the truth and be set free”, the dedicatory prayer states, “For this purpose Thou hast revealed that the gospel is to be preached to those who have passed beyond the veil, as well as to the millions now living whose faith in Thee and in Thy gospel is faltering and unstable, who are now being influenced by false ideologies, which are disturbing the peace of mind and distorting the thinking of honest men and women. May the temples, … declare even in silence that Jesus Christ is the way, the truth, and the light, and that ‘…there is none other name under heaven given among men, whereby we must be saved.’ (Acts 4:12)”. This temple never hesitates to stand tall as a testament of Jesus Christ.