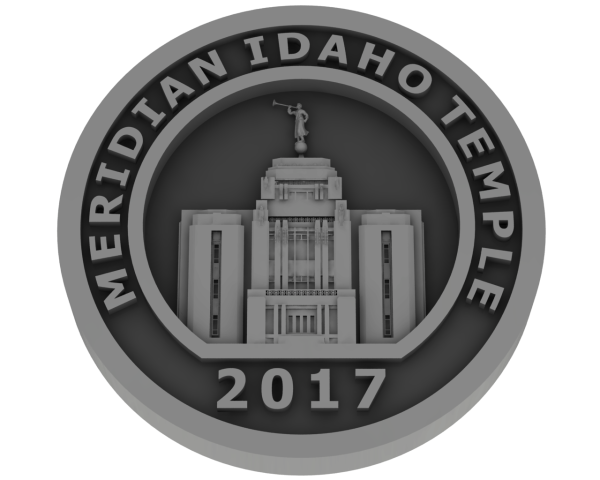 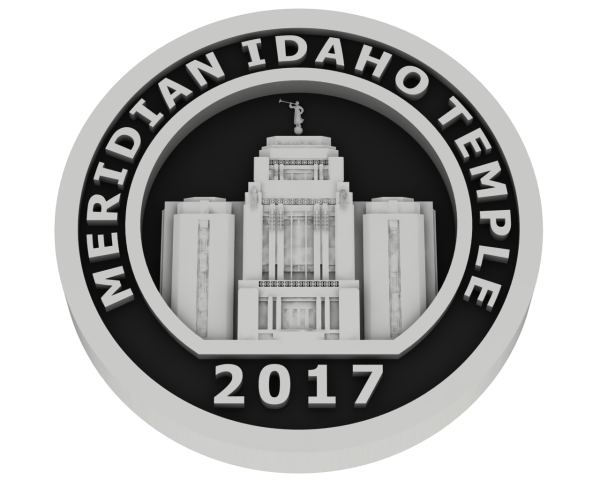 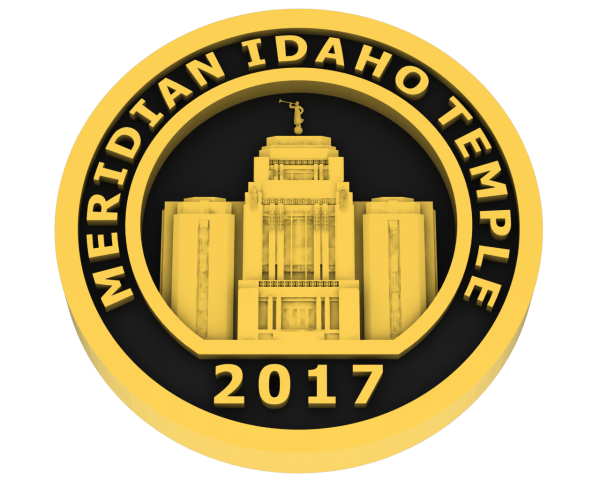 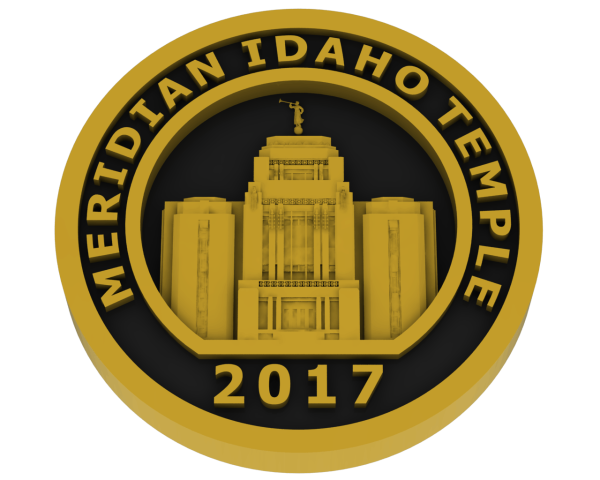 Departing from traditional temple designs that use tall spires, the Meridian temple is octagonal and topped with a dome adorned by a statue of Angel Moroni blowing his trumpet. According to Tom Lindhardt, project manager for the temple, the local Sawtooths and other mountains in the area influenced the temple’s design. He adds, “The design motifs that you’ll see throughout the temple are the camas flower and the Syringa flower (Idaho’s state flower). You’ll see them in the exterior precast throughout the site and on the building itself. They’re carved into the carpets in the sealing rooms and the celestial rooms.”* Two original murals reflect the Idaho mountains and wilderness. Meridian Saints were delighted to learn that they would be blessed with a temple. The Boise temple is about ten miles away and they were overjoyed to have another temple in their midst. Local Saints provided treats and meals for the construction workers. “The Primary children will write notes to the workers, and that touches them more than you could imagine. And it just shows the excitement through the valley for this new temple that they get in their backyard,” Lindhardt said.* Elder Quentin L. Cook of the Quorum of the Twelve Apostles said, “I love the fact that the Saints here are so worthy and so committed to the Savior that the Lord through his prophet would have a very special and beautiful temple here in this part of the Lord’s vineyard.”** Meridian, is so-named because Idaho’s principle surveyor’s meridian passes through the town. The temple is designed to reflect meridians, mountains and agriculture, each an integral part of the area’s history. When dedicating the temple on November 19, 2017, President Dieter F. Ucthdorf of the First Presidency, commented, “When we look at the terrestrial navigation, which we find with the help of the meridians around this globe, we are also guided towards the celestial navigation. Make sure that you’re following the right path in life.” Let this temple be a constant reminder of the strait and narrow path we all strive to follow.