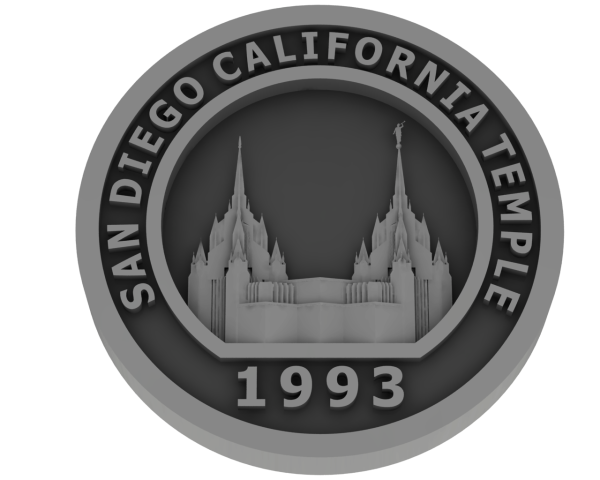 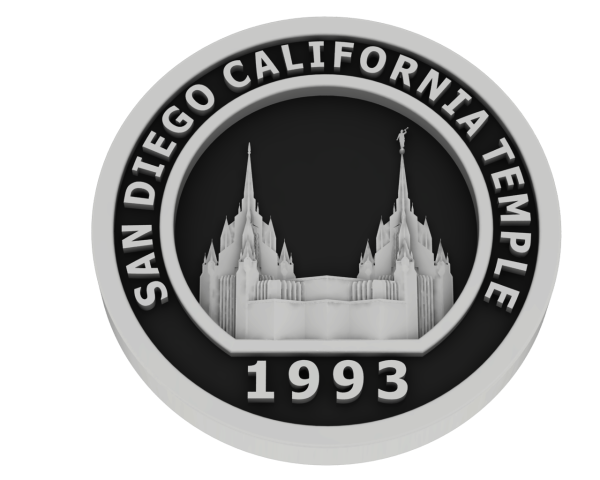 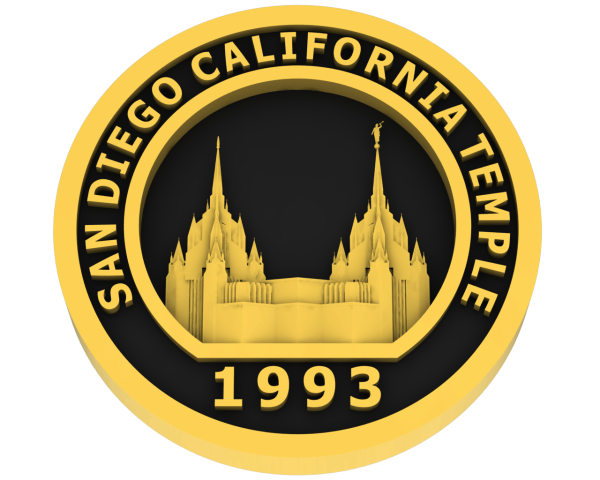 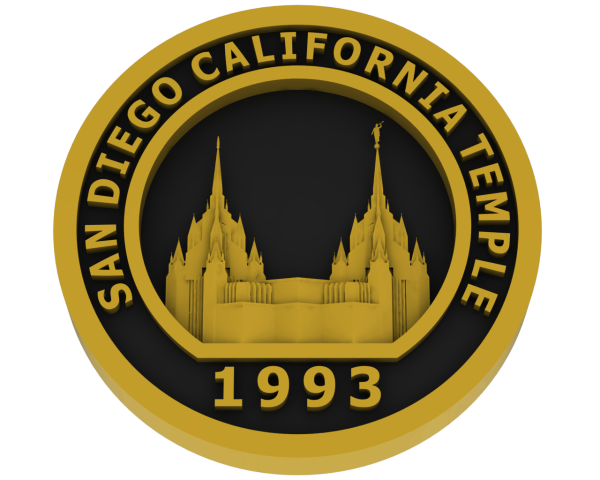 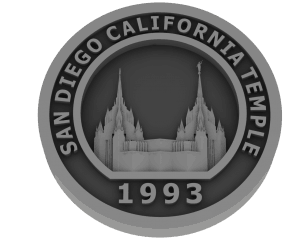 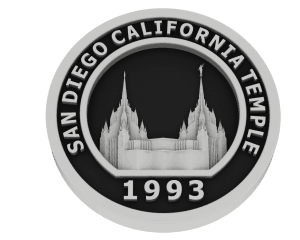 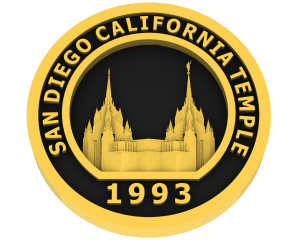 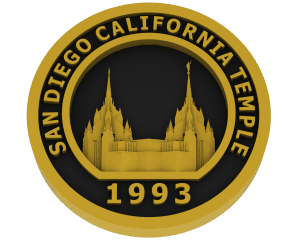 Two spires rise to pierce the sky over the San Diego temple, dedicated on April 25, 1993. Designed “to symbolize an ascension toward heaven” both the interior and exterior use “darker colors on the lower levels and lighten[ing] the wall and carpet colors on the higher levels” to draw the mind and thoughts upward.* Between the two towers, at the top level of the celestial room, is tucked a star-shaped garden atrium, featuring art glass, suspended light fixtures, and a grand staircase leading to an upper-level balcony. The Saints love to help build temples and this one is no exception. Primary children took great interest in assisting. Children from 180 different wards and branches in the temple district carefully tended and cared for flowers that would be used to decorate the temple grounds. Other children in northern Mexico wanted to help as well, but could not bring plants across the border due to restrictions. After much prayer and thought they designed and made a handcrafted rug for the First Presidency to stand on when they laid the cornerstone. A special microfiche record was made with the names of the primary children and placed in the cornerstone with other items.** In the dedicatory prayer thanks is given “that hundreds of thousands of men and women of various faiths and philosophies have had the opportunity of walking through this sacred house prior to this time of dedication. May an attitude of respect and reverence grow within them. May very many of them be stirred to seek and learn the truths of thy restored work that they too might become eligible to enjoy the blessings offered herein. May any voices of criticism be stilled and any words of disrespect be silenced.” This is a temple that crosses borders and hearts, bringing us all together. May we take away from this temple the ability to still the voices of criticism that arise within us and be respectful of one another.